A U.S.-led invasion of the country in March 2003 overthrew the Ba'ath Party government of Saddam Hussein. Life in Baghdad was portrayed by American media as generally a euphoric time among the Iraqis.
Yet, some spent their days recovering loved ones from mass graves, lotting cement depots, returning to school, hundreds of thousands of Shias participated in an unprecedented pilgrimages to the holy city of Karbala, kids played with abandoned weapons, men relaxed by the Tigris river, and innocent children fell victim. 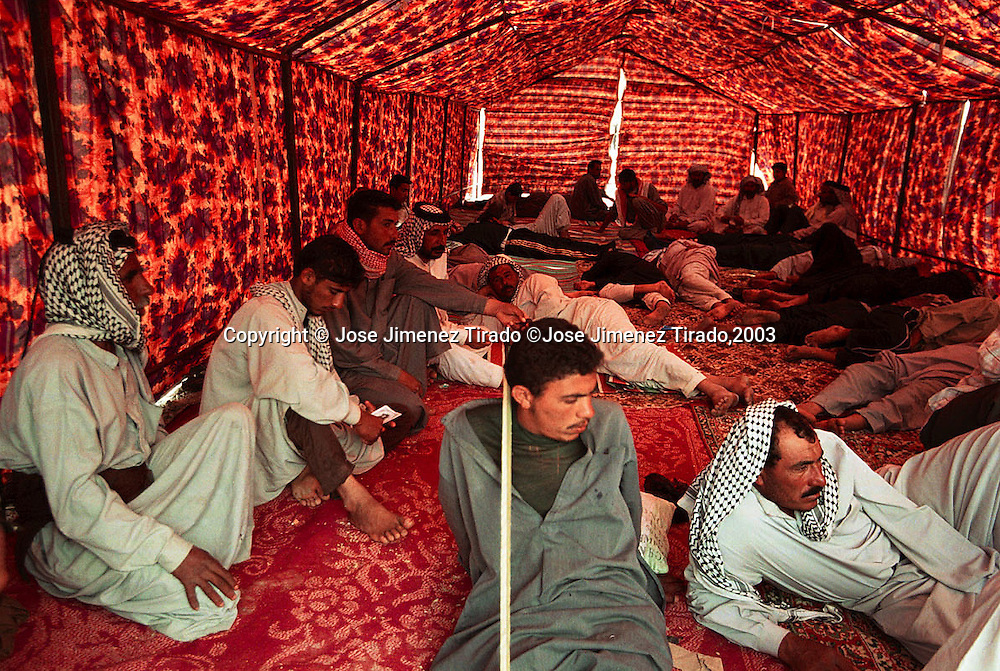